Michael began his career at ESPN and helped lay the groundwork for the company now celebrated as the World Wide Leader in Sports and one of the most well known global media brands. He was the first employee to move to ABC Sports following the Capital Cities purchase of ESPN and was involved in the first phase of the merger of the two divisions under the Disney Corporation.

His connections in the sports industry range from the highest levels of international organizations such as FIFA and the Olympics to all major sports leagues in this country and around the world at the ownership level.

As executive producer and head of production for Major League Soccer, Michael contributed to the increased value of the soccer in the US media which resulted in the English and Spanish rights for the 2010/2014 World Cups selling for a record $450 million in 2005; and in 2012, Fox and Telemundo paid a combined billion dollars for the 2018/2022 World Cups.

Michael was a founding executive for Soccer United Marketing (SUM), the marketing arm of MLS, US Soccer, Mexican National Team and other key properties. SUM had a valuation in 2011 of $500 million. In addition to his creative ability to produce sports as entertainment, Michael was involved with US Soccer and MLS executive on the business side, managing and negotiating budgets of $12 million annually for SUM/MLS and over $30 million for World Cup programming. He has worked with League and team executives on negotiations of media contracts and creating innovative revenue generating programming opportunities.

In his role as a broadcast executive at MLS, Michael developed and designed a television plan, in association with the MLS Business Development Committee, to produce every available regional game for air in the local markets and nationally on DirecTV and MLSSoccer.com. The plan’s success has aided in the advancement of MLS in the media and unprecedented rights fees for soccer in this country.

He was the consultant for three soccer themed sports films, Once in a Life (the story of the New York Cosmos) for Academy Award winning director John Battsek, Game of their Lives (the story of 1950 USA national team who defeated England in the World Cup) and HBO’s highly acclaimed documentary Dare to Dream (the story of the USA Women’s national soccer team).

As President of Bizzy Signals Entertainment, he has produced entertainment shows, pay-per-view concerts, commercial and corporate production, publishing, international television, Internet and program development. He served as a sports consultant and segment producer for the CBS primetime sitcom "Good Sports" starring Farrah Fawcett and Ryan O'Neal. He has also consulted for companies including Brillstein-Grey Productions, New Line Cinemas, Dreamworks-SKG, HBO, and Liberman/Hirschfeld Casting on shows such as Seinfeld, Roc and the Larry Sanders show. Michael was a consultant for the start up of Small World Sports (later purchased by Vulcan Ventures), which was one of the pioneers in the Fantasy sports industry.

Michael serves on the Advisory Board of the Sports Video Group and is a member of the Directors Guild of America. 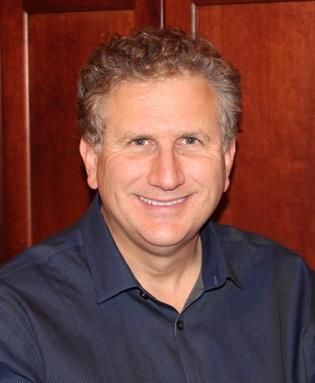 Winner of eight National Emmy awards and 15 nominations, Michael Cohen’s diverse broadcasting career includes sports, entertainment, and music with a specialty in Live events. He has created shows, launched successful start up media properties, produced major events and headed talent development. His executive producer and producer credits include some of the world’s biggest events for all the major networks including NBC, ABC, CBS, FOX, ESPN and A+E Networks.    He was head of production for two FIFA World Cups, a Women’s World Cup, 15 MLS Cups and All Star Games, and has been a part of the production team for nine Olympic Games, the World Series, the Super Bowl, Indy 500, Kentucky Derby, Wide World of Sports, 14 NFL Drafts and the inaugural X Games.

Michael’s has vast experience and shown creative vision as an executive and producer specializing in Live events.   He designed the Live broadcast and media plan, and serves as the  executive producer for Lifetimes coverage of the National Women's Soccer League.    He also designed the Live plan for the United Soccer League.    Previously, he was an executive consultant for FOX Sports and its FIFA World Cup division, which produced the highest rated soccer show in US viewing history with the 2015 Women’s World Cup.