ESPN experienced record ratings for the 2002 and 2006 World Cup. ESPN’s morning telecast of the U.S. vs. Germany quarterfinal match on June 21, 2002 was seen in an average of 3.77 million television homes based on a 4.36 rating and at the time, was the networks most watched and highest-rated soccer telecast ever. The 1-0 USA loss was ESPN’s highest-rated program of the year among men 18-34, and was cable’s most-viewed morning program (7am – 1pm) ever among men 18-34.

Disney’s Jetix Kids Cup which aired during the ABC’s Saturday Morning block in 2004. The promotion for MLS resulted in a record ratings in the 2-17 age demographics of the 2004 MLS All-Star Game (+250%). Jetix returned in 2005 and 2006 as a series of vignettes on the Disney Channels which featured MLS Stars Freddy Adu, Kyle Martino and Kenny Cooper.

Innovations include first use of the underground turf microphones, Stro-Motion digital replay, Sky Cam and virtual offside lines for soccer in this country. 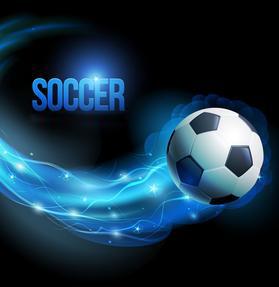 For over 25 years Michael has dedicated himself to enhancing the business and broadcast presentation of soccer on television. From the early days of Major League Soccer as the first producer of the national broadcasts on ESPN and ABC in 1996 to overseeing FIFA World Cups, Olympic Soccer coverage and original soccer programming, to his current role as consultant with Fox Sports FIFA World Cup division, Michael’s involvement in the sport has had an impact on the tremendous growth of soccer in the United States

Michael’s has vast experience and shown creative vision as an executive and producer specializing in Live events.   He designed the Live broadcast and media plan, and serves as the  executive producer for Lifetimes coverage of the National Women's Soccer League.    He also designed the Live plan for the United Soccer League.    Previously, he was an executive consultant for FOX Sports and its FIFA World Cup division, which produced the highest rated soccer show in US viewing history with the 2015 Women’s World Cup and was the executive producer for the Nickelodeon Soccer Superstar reality series and is designing the digital media plan for the United Soccer League.

In 2012 Michael Produced NBC’s Olympic Soccer from London that had record ratings for broadcast and new media. As the Executive Producer of Soccer United Marketing’s network and cable coverage of the 2002 and 2006 FIFA World Cup on ABC and ESPN, 2003 FIFA Women’s World Cup, the United States men’s and women’s national soccer teams, and Major League Soccer, Cohen’s work over the past decade has helped increase the value of soccer and has expanded the audience and its appetite for the sport in this country. His work has also helped change the perception of soccer in the United States, and launched new relationships for soccer in the marketing, entertainment and broadcast fields.

In addition to his creative ability to produce sports as entertainment, Identify and develop soccer talent on camera and behind the scenes as producers and directors, Cohen was involved with US Soccer and MLS executives on the business side managing and negotiating budgets over $12 million annually for SUM/MLS and over $30 million for World Cup programming. He has worked with League and team executives on negotiations of media contracts and creating innovative revenue generating programming opportunities.

As one of the founding executives of Soccer United Marketing he played a key role in building the company which was recently valued at $500 million.

He developed and designed a television plan in association with the MLS Business Development Committee to produce every available regional game for air in the local markets and nationally on DirecTV and MLSnet.com. In 2010 every MLS game was produced in High Definition. The plan also included requirements for minimum standards. The plan’s success has resulted in over 4,000 MLS broadcast hours since 2007 and has aided in the advancement of MLS in the media.

Michael worked on all broadcast related issues with the design teams for the construction of the new Major League Soccer Stadiums built since 1998.

He was the consultant for three soccer themed sports films, Once in a Life (the story of the New York Cosmos) for Academy Award winning director John Battsek, Game of their Lives (the story of 1950 USA national team who defeated England in the World Cup) and HBO’s highly acclaimed documentary Dare to Dream (the story of the USA Women’s national soccer team).